EMOTIONWay aims at the conservation, protection, promotion and development of natural and cultural heritage through the creation of a cross-border network of cycleways and paths. 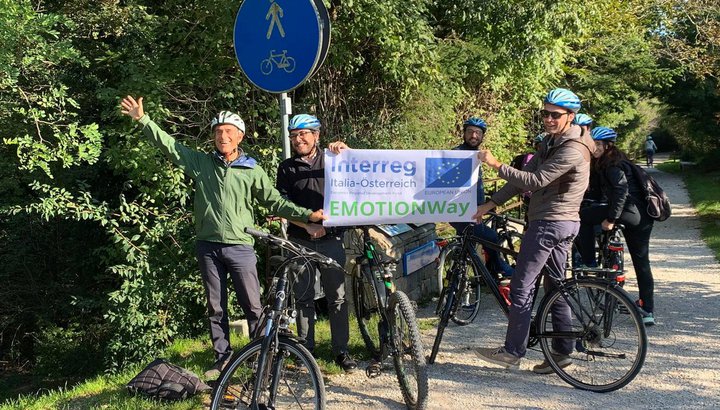 The main objective of EMOTIONWay is preserving, protecting, promoting and developing the natural and cultural heritage through the creation of a cross-border network of cycle routes and paths of the Eastern Alps (ReCAO), integrated with the local public transport of Friuli-Venezia Giulia, Veneto, Carinthia and the Autonomous Province of Bolzano.

The project aims to address two problems in the cross-border area:

b) poor visibility of some sites due to lack of information on how to reach them, inadequate services, unvalued nature sites.

In pursuit of the objective of creating a cross-border network of cycle routes and routes in the area of the Eastern Alps by improving their connection through the intermodality bike-bus bike train, new cross-border local public transport services have been activated.

The missing links have been identified and pilot actions have been launched for the inter-modal connection of bike-buses and bike-trains to create the Cycle Network 2.1 Eastern Alps.

After its nomination in May 2021, the EMOTIONWay project was one of the finalists of the European REGIOSTARS AWARDS 2021 prize, a yearly competition organised by DG Regio of the European Commission to reward the best projects funded by the European Union.

214 applications were received by the Commission from all over Europe. Among these, the EMOTIONWay project is among the 25 finalists who, divided into 5 categories, will be awarded on December 2nd in Dubrovnik. EMOTIONWay falls under the category "Theme of the Year: strengthening green mobility in the regions — European Year of Railways”.

Want to learn more about EMOTIONWay?

You can find some interesting articles here: 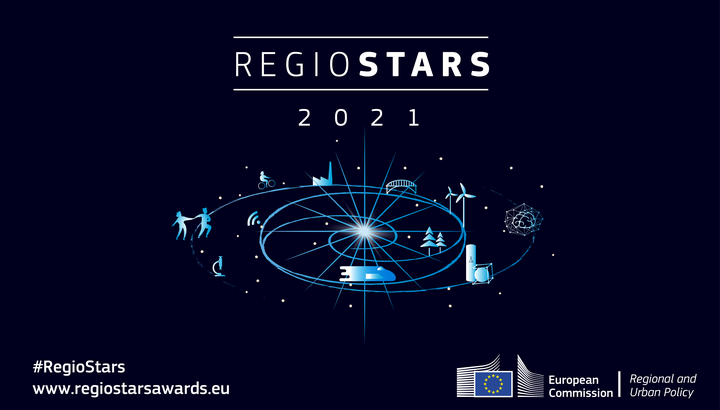